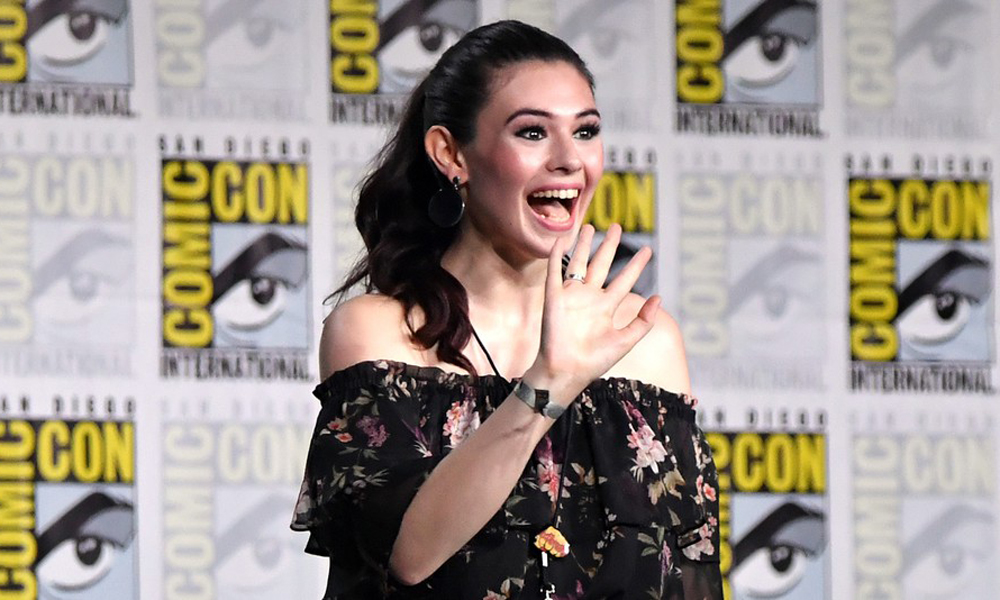 Supergirl will become the first television show to feature a transgender superhero. Actor and activist Nicole Maines will join CW’s Supergirl during its fourth season as Nia Nal, aka Dreamer. The network confirmed the news at Comic-Con on Saturday.

“It’s such an important issue right now in our society and in the world,” Maines said during the Supergirl panel at Comic-Con. “And so it seems only fitting that we have a trans superhero for trans kids to look up to.”

Mines described her character as a young, hungry reporter who’s been sent to National City to learn the ways of journalism, and superhero-ing. She added that Nia Nal is an appealing role to take on because of who she is on the inside.

“She’s so pure,” Maines said. “She has this ferocious drive to protect people and to fight against discrimination and hatred. She’s the superhero we need right now.”

During an interview with Variety, Maines said she still has not wrapped her mind around her new role. “It feels fitting to say with great power, comes great responsibility,” she explained. “I’m nervous because I want to do it right.”

She also hopes that her casting in Supergirl will contribute to a wave of “right representation” of the trans community. “I think we’re in a time right now where more than ever representation in the media matters,” she said. “And what we see on television has a very dramatic effect on our society.”

Prior to the Supergirl news, Maines had been featured in the 2016 HBO documentary, The Trans List, which profiled eleven transgender Americans. She also made a 2015 guest appearance as a transgender teen in the USA Network series, Royal Pains.