Up Close with Molly Bernard 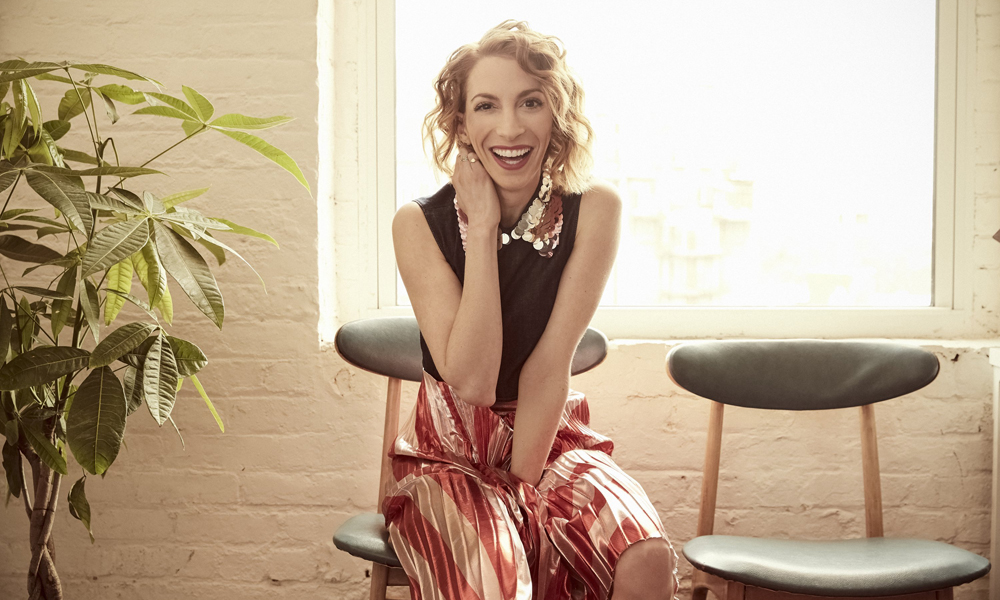 On her first day of work playing millennial publicist Lauren on Younger, actress Molly Bernard was topless in Bryant Park. “I immediately learned that whatever scares me as a person, Lauren’s going to do,” says the 30-year-old, speaking over the phone from the set of the sitcom’s fifth season. “I have to just not be fazed, and that’s actually a gift.”

Throughout the show’s run, Bernard’s sex-positive, pansexual character has kept her friends (Kelsey and Liza, played by Hilary Duff—one of her real-life BFFs—and Sutton Foster) in the know about VIP-only openings and underground hangouts. But she’s also educated her besties on dating and sex, and held down meaningful relationships with both men and women. Whether her character is helping her friends upgrade their social media game or finding a way into private clubs, Bernard is a hilarious supporting player in every one of her scenes. Consider her this decade’s answer to Samantha Jones—an apt comparison, given that the series is from Sex and the City creator Darren Star (and it’s a comparison Bernard says they’ve talked about).

Here, the actress opens up about what she’s learned from her character, her close bond with her co-stars, and hustling in Hollywood.

As an actor, what excites you most about playing Lauren?
She loves herself unconditionally, and I’ve realized that that is her superpower. She puts herself first, not in a bad way. She’s a self-loving person and that’s what makes her able to be generous, ridiculous, fun and loving. I think it’s great for queer representation to have someone on television whose story is not the struggle, but the joy of it. I think that has influenced me positively in regards to my own sexuality.

How early on did you learn that your character, Lauren, was pansexual?
It started to be clear in the first season, when Kathy Najimy, who plays my mother, says, “Lauren will sleep with anything that moves.” That’s when I said, “She’s definitely beyond bisexual. She’s likely fluid.” Then I understood pansexuality.

Lauren is often the one who teaches her friends about new words to use when talking about sex, dating or non-heteronormative relationships. Do you have a friend like that?
Yeah, his name is Nico Tortorella [who plays Josh on the show]. Nico and I are really close friends. He recently [decided] to use they/them pronouns, and I have friends who go by they/them, which is why I went to Nico [to understand more]. We had a really intense, challenging, difficult, beautiful and ultimately very productive conversation.… It was actually really, really helpful. He’s on his own journey, and he’d be the first one to call it a journey. The beautiful thing is that he’s also trying to understand it. In the wake of these conversations, he said, “Molly, the way you challenged me helped me better define and understand my own relationship to it.” So I’m always learning from him.

Has playing this character changed the way you see yourself?
Completely. I was always involved in the queer community, and being a self-motivated, strong young person was always important to me. The beautiful thing about Lauren is that that is her identity. I think I identify first and foremost as a nervous, neurotic girl, and I’m learning that I’m actually an empowered, strong person. Lauren’s helped me see that. In other words, she’s helped me harness my own ferocity. 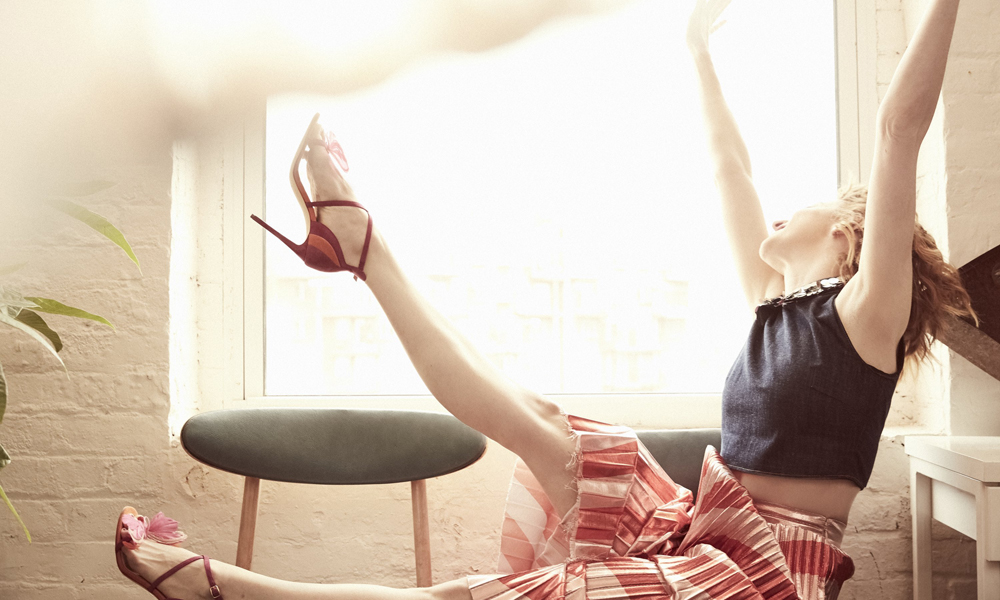 Since you play a sex-positive publicist on a show from Sex and the City creator Darren Star, have you ever considered your character to be the 2010s’ Samantha Jones?
Totally! Darren and I have talked about it. Samantha Jones is an over-the-top, fearless publicist, and I think there are a lot of similarities between them. When I was preparing to play Lauren, I re-watched all six seasons of Sex and the City and tried to harness some of my inner Sam Jones.

Sex and the City’s costume designer Patricia Field has also worked on episodes of Younger. Has the show influenced your personal style?
One hundred per cent! It has completely changed my relationship to fashion, and destroyed my bank account. My closet has grown tenfold since I started working on this show. I didn’t even own a pair of heels before Younger, and now I can’t have enough.

We talked a bit about your friendship with Nico, but you’re also close with another one of your co-stars, Hilary Duff. What kind of things do you go to her for?
Hilary has become one of my absolute best friends. We’ll do some damage together, shopping for shoes. We have so much fun. We laugh endlessly. She’s welcomed me into her family in the most generous way. I love her son, Luca. I went through a breakup last year, and she called me daily just to check in. She was just so supportive and helpful.

The women on Younger are all doing what they can to get ahead at work. Has that rubbed off on you at all?
Oh yeah. I’m a really driven, passionate person, but I wear my emotions on my sleeve. If I’m having a bad day, I’m not so great at just getting over it. I feel like the women in the show are really empowered because they don’t let their emotions get the best of them. They’re such hard workers, and that has definitely inspired me. Lauren’s proactive, and that’s inspired me to be proactive. I’ll call my agents and say, “Don’t forget about me. I still want to do independent films and cool theatre gigs. Send me out for things you think I wouldn’t be right for.” I want to branch out and make sure that I can do other things. As an actress that’s important to me.

Is there anything in particular that you’re hoping to tackle?
I went to the Yale School of Drama, so I want to do drama and not just comedy. I’m looking forward to starting rehearsals for a play at a small, off-Broadway theatre in August. Then I don’t know! I’m always like, “What’s next?” I’m always excited.

Will you be catching up on TV shows at all this summer?
I have so much catching up to do…The Crown, Broad City and RuPaul’s Drag Race. I also need to watch The Handmaid’s Tale, so I think that’s the first thing I’m going to start.

ERICA CUPIDO is a pop culture-obsessed freelance writer and editor based in Toronto. Her work has appeared in Flare, Hello! Canada and more. Find out what she’s watching, reading and listening to by following @ericacupido_ on social media. 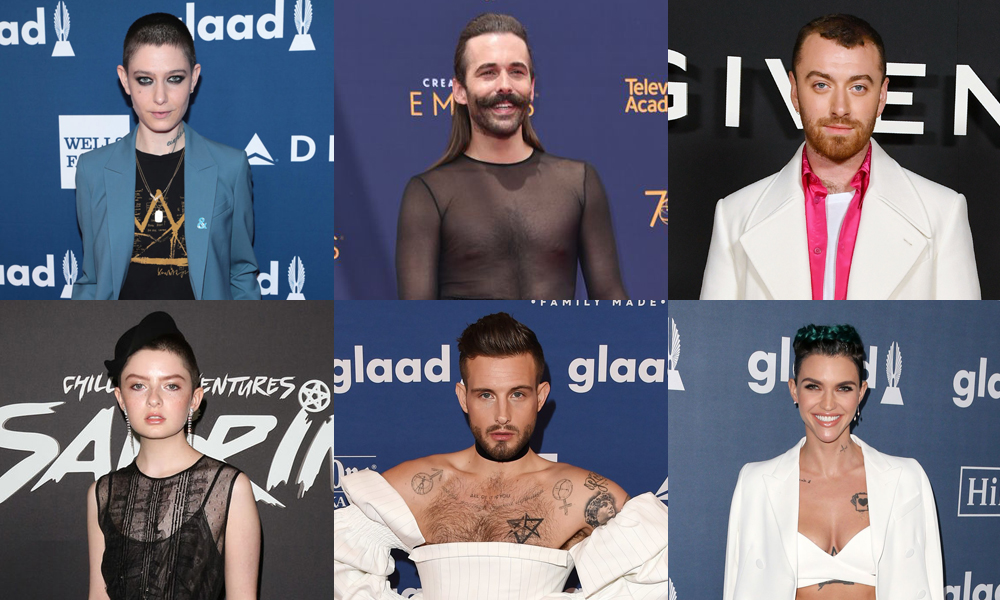 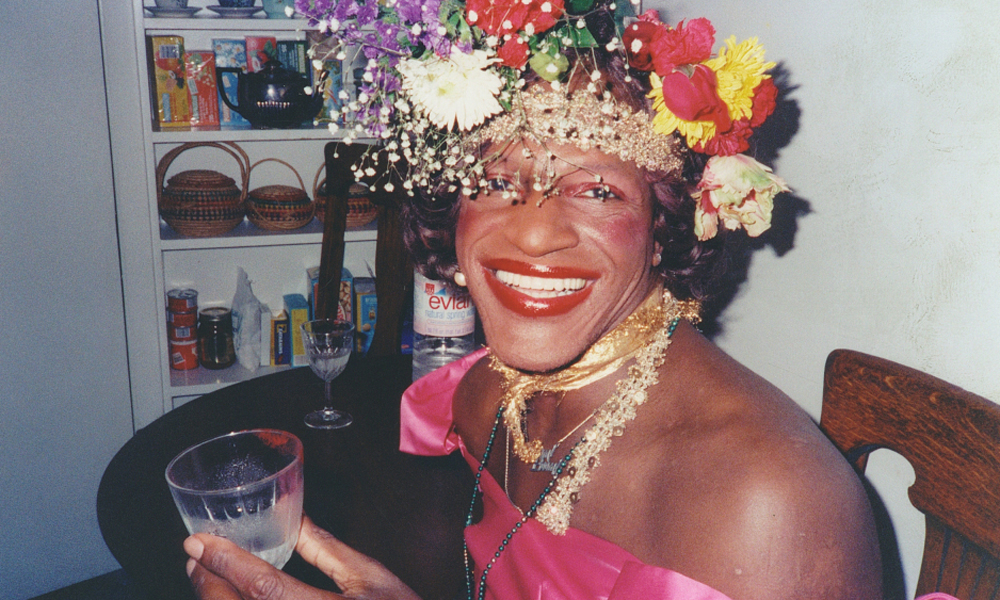