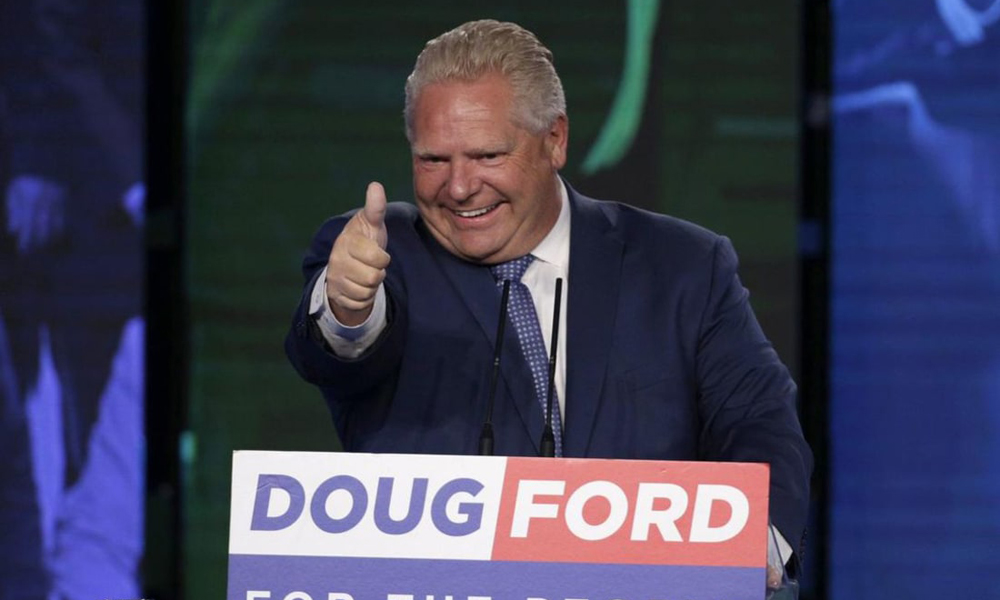 Ontario premier-designate Doug Ford won’t commit to attending Toronto annual Pride parade on June 24th, but did suggest that he will participate if police are allowed back.

The question came up when Ford sat down with CP24 for his first televised one-on-one interview after winning a majority government.

Uniformed officers were banned from the parade by Toronto’s Pride organization after Black Lives Matter members temporarily stopped the event in 2016, demanding that uniformed police officers be excluded from marching. The group cited concerns it had over the police’s treatment of the black community and other minority groups.

This spring, Toronto police applied and later withdrew a request to march in the parade.

“Well, I just look forward to making sure it’s all inclusive and having our police… that were excluded,” Ford told CP24.

Ford said his position is about fairness and repeated the sentiments when he sat down with the Toronto Sun’s Editor-In-Chief Adrienne Batra.

“I look forward to the organizers of the Pride parade to include the police,” he told Batra in The Sun’s newsroom.

Executive director Olivia Nuamah said Pride Toronto is working to ensure they are moving in the “same direction” as officers.

“We are having on-going conversations with the police,” she said. “We have decided what our way forward is going to be. We are going to get heavily involved in talking to one another.”

“Post this parade, we are both happy with that position and so I suppose it’s important that Ford knows that both Pride Toronto and the Toronto Police Service are working together to resolve our issues to reach exactly what he wants to see, which is inclusivity in our parade.”

In 2014, Ford called the parade an event where “middle-aged men with pot bellies” would run down the street “buck naked.”
He will be sworn in as Ontario’s 26th premier on June 29.