Ronan Farrow Comes Out As ‘Part Of The LGBT Community’ 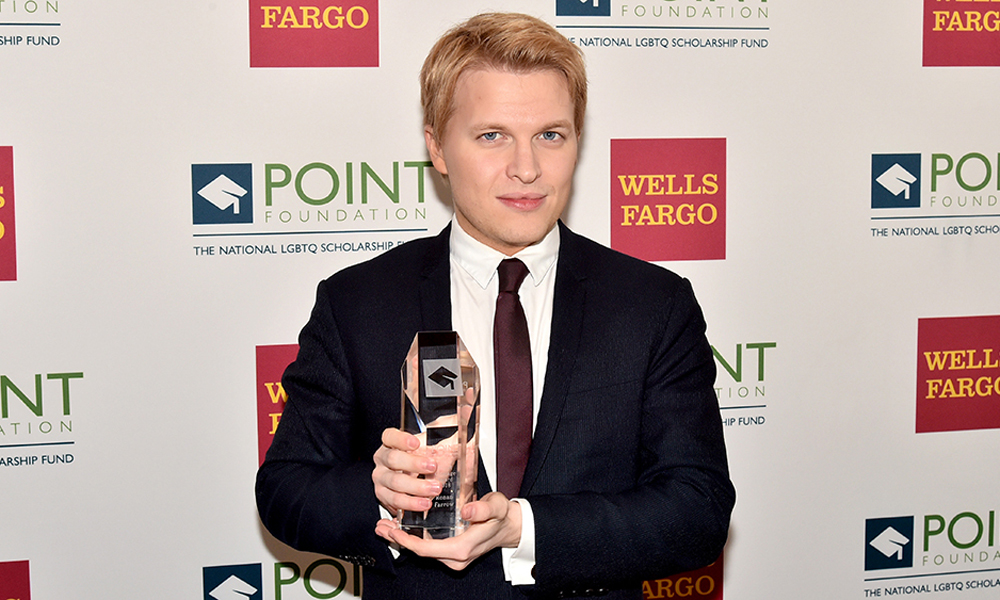 Journalist Ronan Farrow came out publicly as a member of the LGBT community last night at an event for the Point Foundation, where he was honored with the Courage Award. The award is given to “those who have advocated for the future of the LGBTQ and allied community and believe investing in today’s potential will produce a brighter tomorrow.”

The Point Foundation, a national scholarship organization for queer students, recognized the 30-year-old journalist for his recent in-depth reporting. Farrow helped bring down Harvey Weinstein in his bombshell exposé for the New Yorker, which ignited a cultural reckoning and propelled the #MeToo and Time’s Up movements. His groundbreaking reporting for NBC on transgender issues was also noted.

Farrow’s sexual orientation has been a topic in the media for years. He has never spoken publicly about his sexuality before last night, although he was the subject of a 2013 VICE article that essentially outed him.

“Being a part of the LGBT community—which recognized that reporting I was doing early on and elevated it, and has been such a stalwart source of support through the sexual assault reporting I did involving survivors who felt equally invisible—that has been an incredible source of strength for me,” said Farrow in his acceptance speech. “LGBT people are some of the bravest and most potent change agents and leaders I have encountered, and the most forceful defenders of the vulnerable and voiceless, because they know what it’s like to be there.”

Farrow did not specify if he considers himself gay or bisexual.