5 Transgender Actors Who Are Making A Name For Themselves 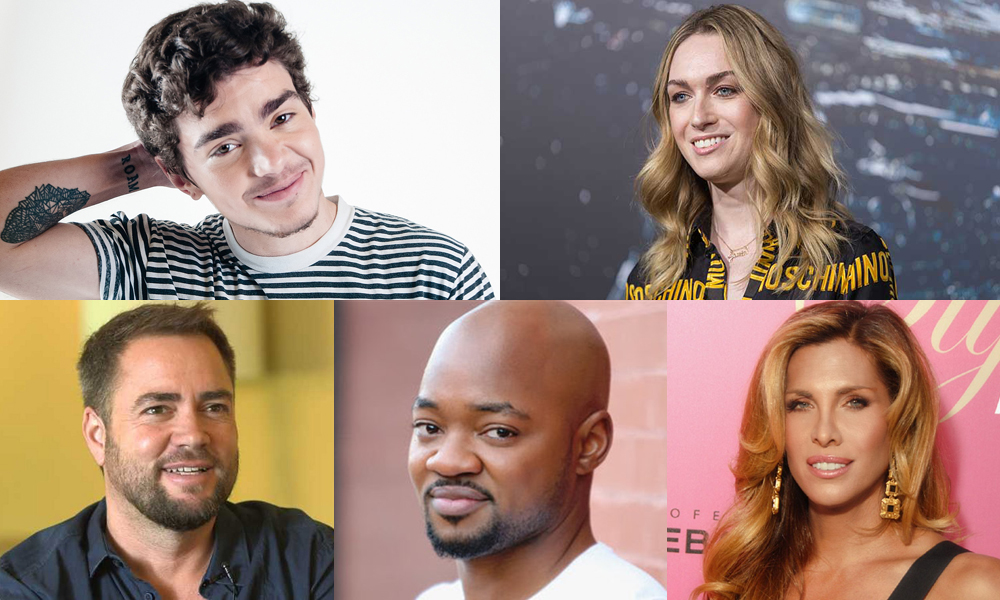 There are a few transgender actors who could be considered household names with Laverne Cox topping the list in most people’s minds. But as the industry changes and welcomes more diversity, more transgender actors are landing roles and making a name for themselves. Here are just a few names you might start hearing more often.

Elliot Fletcher
Elliot Fletcher is only 21 but has already landed recurring roles on two different well-established shows. On Freeform’s The Fosters, he plays a transgender law student who develops into a love interest of one of the main female characters. On Showtime’s Shameless he plays a transgender character who shakes up Ian Gallagher’s love life. As a transgender male, Fletcher has only ever landed parts where he plays a character who is also transgender. In an interview with ScreenCrush, he mentioned that while he believes transgender actors should be the ones getting the transgender roles, he really wants to have the chance to play a cis gender part one day too. He also talks about diversity within the transgender community, saying, “I want to make sure that every kind of trans experience is shown in TV and film because there is no one trans experience.”

Jamie Clayton
Jamie Clayton is a transgender actress who started out working as a makeup artist and host for a VH1 makeover show called TRANSform Me. She landed the role of Kyla on HBO’s third season of Hung and worked on the Emmy Award winning interactive web series Dirty Work. Her most recent starring role was as Nomi Marks, a transgender political blogger and hacker on Netflix’s Sense8. Directed by the Lana and Lily Wachowski, formerly known as the Wachowski brothers before both coming out as transgender, Sense8 was groundbreaking for its portrayal of LGBT characters. In an interview with NewNowNext, Clayton said “One of the reasons I wanted this project was I wanted to play a trans character whose story wasn’t about her being trans.” Clayton has also appeared in feature films Neon Demon and The Snowman.

Ian Harvie
More stand-up comedian than actor, Ian Harvie knew he was transgender at a young age but didn’t come out until he was 32. A couple years later he started his stand-up career and eventually started touring with Margaret Cho. His acts don’t shy away from his status as a transgender man and he often references what life is like for him. In 2007 he began hosting his own comedy/talk show similar to traditional late-night talk shows but with exclusively LGBT and LGBT community-connected guests. He also appeared on a couple episodes of Amazon’s Transparent.

Brian Michael Smith
Queen Sugar is series created and directed by Ava DuVernay and produced by Oprah that follows the struggles of three African American siblings who have to move to rural Louisiana to manage an inheritance. The critically-acclaimed drama focuses on the varying black experience in America and recently introduced a new character: a black, transgender male police officer played by Brian Michael Smith. Smith, who has been acting for a few years with roles in Girls, Blue Bloods, and Law and Order under his belt, took the role as an opportunity to come out publicly as transgender. Up until this point, he’d only played cis male characters. In an interview with NBC, Smith said of his decision to come out, “There were a lot experiences I had during my transition and post transition, and I feel that I learned a lot, and I wanted to share that through my work as an artist. I felt that because of the amount of time that I’ve been training and the experiences I’ve been able to collect, I’m at a place as a performer that I could truly bring these things to work.”

Candis Cayne
Candis Cayne started out by performing in drag in New York City nightclubs in the 1990s before coming out as a trans woman in 1996. After s few years of doing some smaller independent films and appearing in a RuPaul music video and the film Starrbooty, in 2007, Cayne landed the role of Carmelita in ABC’s Dirty Sexy Money. The role made her the first transgender actress to play a recurring transgender character on prime-time TV. She also appeared on Nip/Tuck as transgender character Alexis Stone and as a judge on RuPaul’s Drag U where she taught contestants original choreography. Most recently, Cayne has appeared on Caitlyn’s Jenner show I Am Cait where she is shown exploring the possibility of adopting as a single parent.