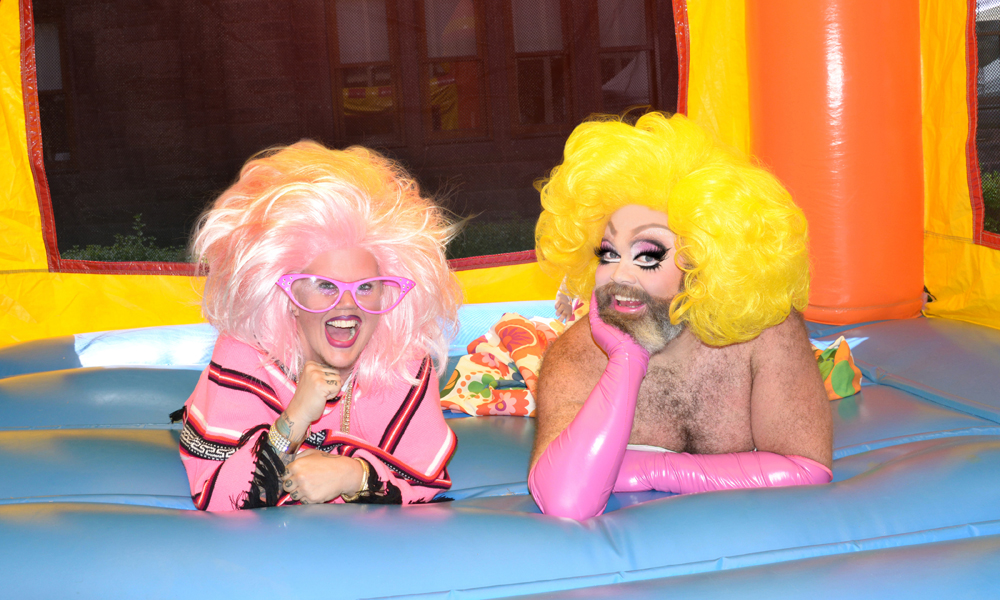 “With all the crazy shit that’s going on in the world, I want to do everything I can to spread love and stomp out the hate”…

It’s a snowy Saturday morning in Toronto’s east end as more than 300 parents and tots squeeze into the reading room of a small public library. From Lego clubs to sing n’ spells, the Jones Avenue branch regularly offers family activities, but this is its first event to be hosted by a six-foot-five-inch drag queen wearing a gold lamé dress. As the children settle onto the carpeted floor, queen Erin Brockobić (or Erin B., as she’s known to the kids) introduces herself before launching into a lively reading of Todd Parr’s Be Who You Are.

This festive gathering of queens and young families sharing books about inclusivity and open-mindedness is just one of many drag queen storytime events popping up in urban cities across North America. Whether it’s a reaction to oppressive political rhetoric in the US or simply the more mainstream popularity of RuPaul’s Drag Race, some might say that drag queens are having “a moment” among the under-10 set and their parents.

“I have a two-year-old daughter who I’m raising to be kind and accepting of others,” says East Toronto Drag Queen Storytime co-founder Breanne Erhardt Gimza. “With all the crazy shit that’s going on in the world, I want to do everything I can to spread love and stomp out the hate.” Gimza and co-founder Dani Stover organized their first storytime at a yoga studio in April 2017.

“Getting queens up and in makeup at 10 am on a Saturday is a lot but Breanne was adamant that families do stuff early,” laughs Stover.

A total of 120 parents and kids showed up for that first event, and the feedback was so positive they realized they’d tapped into something special. “The night before, our queen had had a homophobic altercation with someone in the Village. I was worried she might not want to come, but she did,” says Stover.

“After [reading to the kids], she said the future seemed bright and the whole experience had given her the energy to go on.” But what really struck Stover was the faces on the kids. “When they saw the queens, they were just in awe.”

What was meant to be a one-off gathering for the East Toronto group soon propelled into a series of events at Toronto Public Library (TPL) locations across the city. Scott Robins is a Children’s Services Specialist and the chair of TPL’s new internal work group organizing LGBT programming for kids and families. He says drag queen storytime aligns perfectly with TPL’s values. “The library is for all people. We’re about inclusivity and freedom of information,” he says. “We really hope that kids who identify as LGBT or come from LGBT families will see themselves reflected in the programs we offer, and those who don’t will be introduced to this particular culture and background.”

For many drag queens, the experience of reading to kids is the first time they’ve performed during daylight hours, and to such an attentive crowd. “In bars, everyone is a little drunk, they don’t care what I do; but now here I am reading books to [an audience] that’s listening to everything I’m saying,” says Theo Rose aka Atmos Fierce, a blue-haired, self-described “baby drag queen.” “I can’t swear and I can’t have a wardrobe malfunction, but it’s a nice way to give kids that exposure and that awareness about the queer community. As a kid I would have loved going to something like this.”

Toronto isn’t the only city where storytelling drag queens are bringing in crowds of families, but what makes it remarkable is how many events there are. In addition to being a storytime regular at libraries, Erin Brockobić aka Aleks Golijanin hosts a weekly all-ages Drag Brunch every Sunday at Toronto’s Glad Day Bookshop, and feels that queens have a lot to teach kids. “It’s inherently our job as performers to find the light in the dark parts of life like bullying and oppression,” says Golijanin.

Golijanin is six foot nine—in heels—and says kids are often a little mystified by the height. “They look up in wonderment!” he says. “I make fun of my telephone pole figure and call myself gangly because it’s important to laugh at your insecurities and not take things so seriously.”

So what can drag queens learn from children? “Kids don’t give a fuck,” says Golijanin. “They’re so uninhibited. As an adult I have so many guards up, but they’re not jaded and it’s nice to be reminded of innocence.”

One of the first to bring drag queen storytime to Toronto is JP Kane, aka the bright and bearded Fay Slift. “My whole approach to the character is about joy and lightness and celebrating difference,” says Kane. A kindergarten teacher by day, he’d sometimes share videos of himself in drag with his students. “They’d ask, ‘Why are you wearing girls’ clothes? Why are you wearing makeup?’” says Kane. “I’d tell them, ‘It’s not girl stuff; it’s my stuff. This is my love of dancing and drama,’ and that’s all it took for them to get it.”

Kane has been reading to kids in his drag persona since 2016, and now hosts a regular series with Kaleb Robertson aka Miss Fluffy Soufflé. The Fay & Fluffy reading series, which takes place monthly at the Gladstone Hotel in collaboration with The 519, attracts lots of families from the LGBTQ community. “We have chairs, big pillows and blankets on the floor. It starts with a little Sharon, Lois & Bram song, we talk about being attentive listeners, and then we read three books.” Each event features a guest reader from the queer community and, at the end of the hour, a dance party. “Having the opportunity to be visible and out and inclusive to all families has been really important to us,” says Kane. Aside from their monthly reading series, Fay & Fluffy have events booked at the Art Gallery of Ontario, the Queen West Arts Crawl, Totsapalooza, and a three-day stint at a children’s festival. There’s even a kids’ book in the works.

Whether drag queen storytimes are a passing trend or a permanent fixture has yet to be seen, but the hope among organizers is that they’re helping to nurture a new, more open-minded generation. “We want kids to know you deserve to be celebrated for who you are,” says Kane. “People are becoming more open to creating a culture where differences are valued, and I think that’s really sparked this.”

MARIANNE WISENTHAL is a Toronto-based writer and content strategist. When she’s not wrangling words with aplomb you can find her singing show tunes with her community choir. 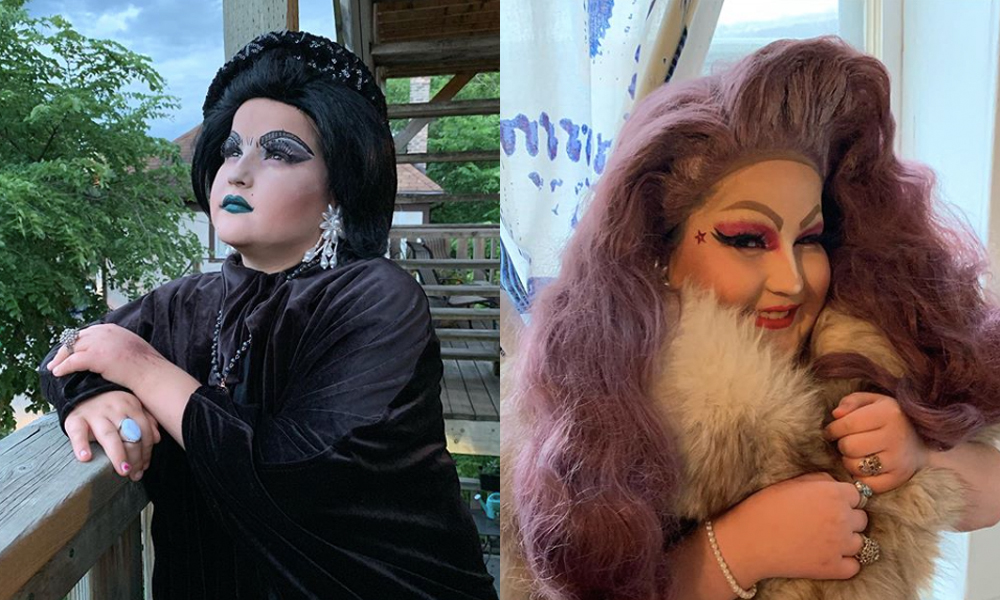 Drag In The Vineyard…. It’s All In The Family 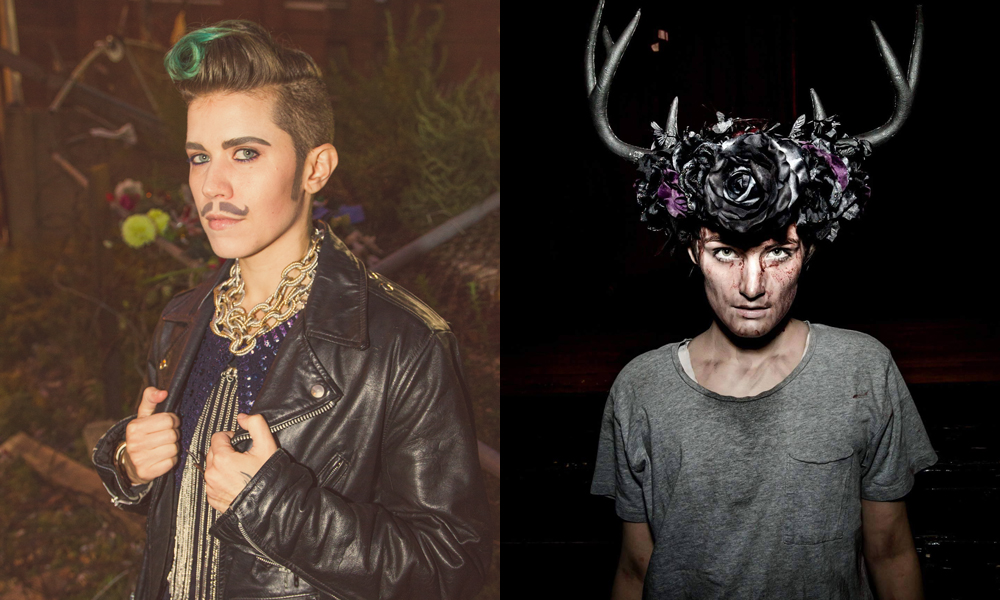