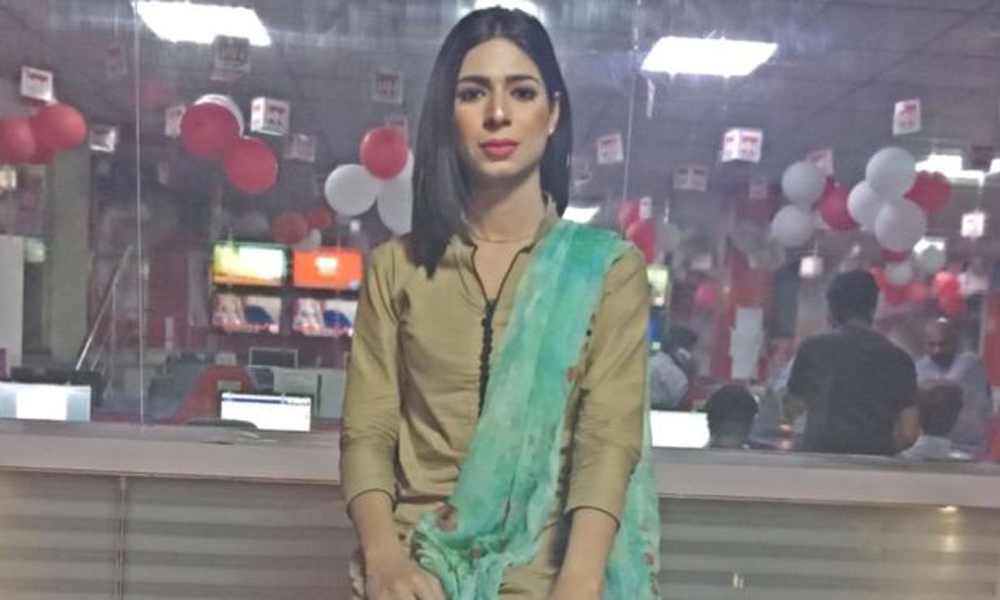 Viewers of Kohenoor News in Pakistan witnessed history on Friday when a transgender anchor delivered the news. 21-year-old Maavia Malik become the first person who publicly identifies as transgender to appear on the television network.

Malik told BBC: “Our community should be treated equally and there must not be any gender discrimination. We should be given equal rights and be considered ordinary citizens, instead of a third gender.”

Malik, a former model, studied journalism in school and said she was brought to tears when she was offered the job.
Earlier this month, Pakistan’s senate voted in favour of a bill that, if passed into law, would protect transgender people and allow them to decide their own gender rather than requiring a medical examination. The bill would eliminate the examination process and also mean that companies could no longer discriminate against trans people, Times of India reported.

Network owner Junaid Ansari told VOA of the decision: “I purely made the decision on the basis of treating all humans equally. The thought of challenging the social norms or breaking taboos did not even come to my mind.”

Malik’s position paves the way for trans visibility across the board, especially in a country where transgender identity isn’t widely accepted. “The dream that I saw for myself,” she explains to BBC, “I was able to climb on the first stair to achieving it.”