You read that right. A few of the legendary queens from RuPaul’s Drag Race are set to make an appearance on America’s Next Top Model when it returns for the series’ 24th cycle on January 8th.

The new season of ANTM, which will have no age limits on contestants for the first time in the franchise’s history, will feature RuPaul’s Drag Race fan-faves Valentina, Katya Zamolodchikova and Manila Luzon.

In the episode contestants are paired with the RuPaul’s Drag Race alums for an epic photoshoot.

“They’re so friggin’ gorgeous and can pose their asses off,” Tyra Banks told Entertainment Weekly. “That’s a difficult model to be in a shot with.… Not all of my models prevailed. Valentina killed it. I’m sitting there editing film and I’m like, can I get a shot of my girls looking at least half as good as Valentina?”

It sounds like a match made in reality-television heaven. 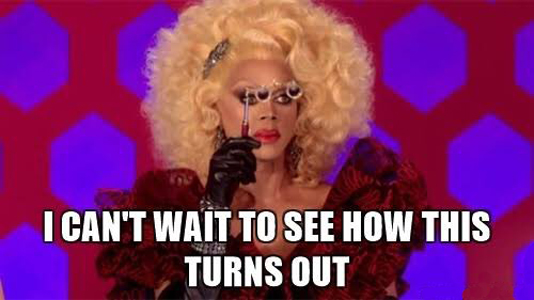