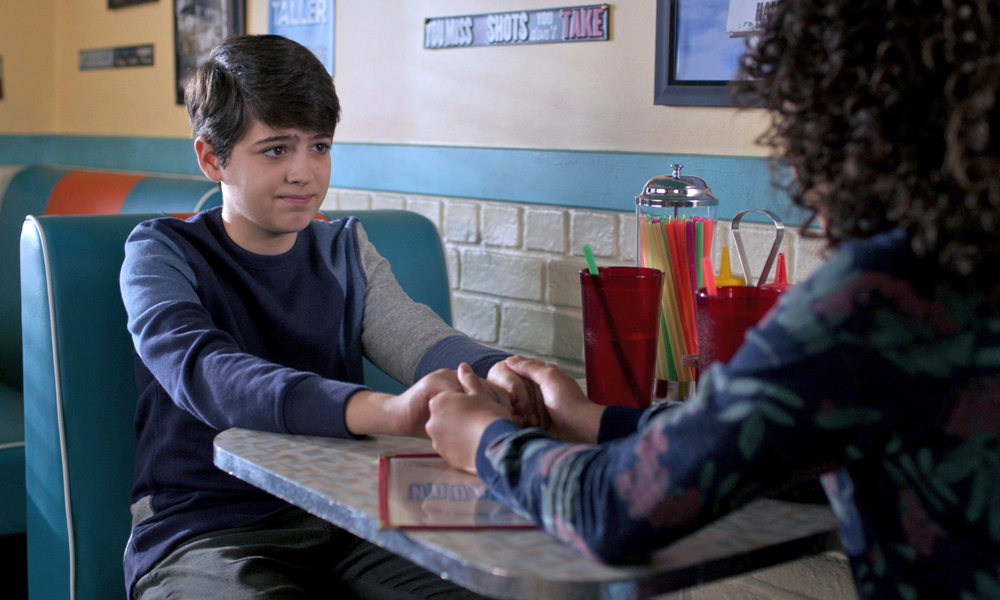 Andi Mack set itself apart from other Disney Channel shows when it premiered earlier this year. The show follows a 13-year-old girl as she navigates life after finding out that her older sister is actually her mother. During its first season the show, which has an average viewer age of 10, was continuously applauded for dealing with progressive storylines.

Disney Chanel made history this past weekend when they aired a touching coming out scene during the season two premiere, a first for an original series in the network’s 34-year history. In the pivotal episode Cyrus Goodman (Joshua Rush) finally admitted to himself that he has a crush on Andi’s new boyfriend Jonah Beck (Asher Angel) and confided in his BFF Buffy Driscoll (Sofia Wylie).

“I feel weird, different,” he confesses.

“Cyrus, you’ve always been weird, but you’re no different,” Buffy tells him. “You’ll be okay. I promise,” she adds.

You can watch Disney Channel’s first ever coming out scene from Andi Mack below:


“With more and more young people coming out as LGBTQ, Andi Mack is reflecting the lives and lived experiences of so many LGBTQ youth around the country,” said GLAAD president Sarah Kate Ellis. “Television reflects the real life world and today that includes LGBTQ youth who deserve to see their lives depicted on their favorite shows. Disney has been a leader in LGBTQ inclusion and there are so many young people who will be excited to see Cyrus’ story unfold.”

“Andi Mack is a story about ‘tweens’ figuring out who they are,” said Disney Channel in a statement. “Terri Minsky, the cast and everyone involved in the show takes great care in ensuring that it’s appropriate for all audiences and sends a powerful message about inclusion and respect for humanity.”