THE ADOPTION OF LITTLE MISS FANCY PANTS (BY HER GAY DADS) 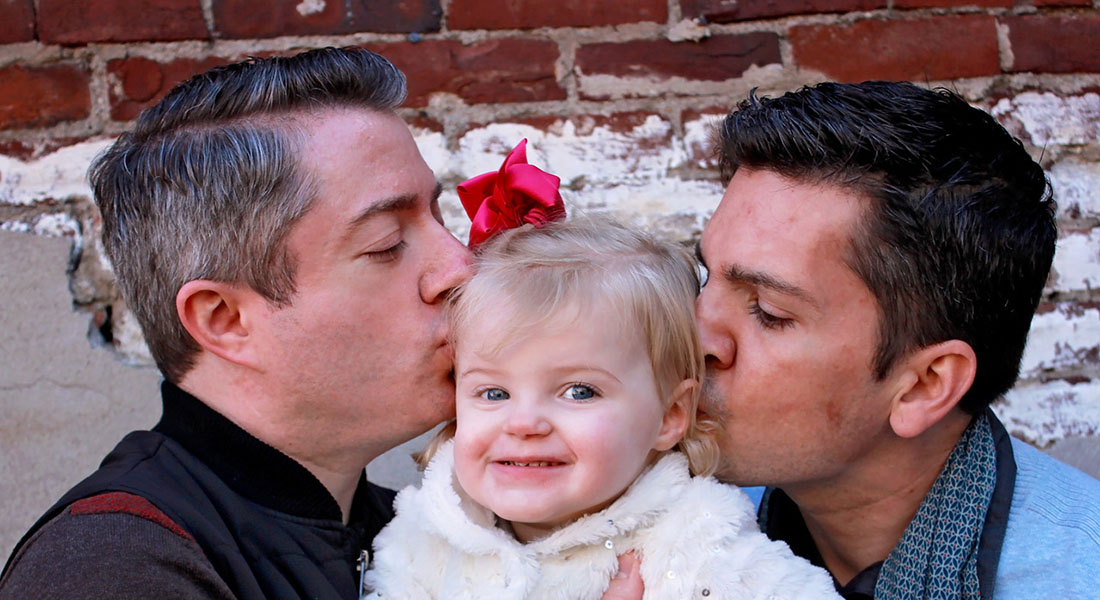 In the fall of 2010, my husband and I decided to adopt. We had been together nearly nine years and loved each other very much, so we were definitely attached for eternity one way or another, and we wanted to share our lives with a child. While we had never been the kind of guys who went out and partied all night or headed to Miami for White Parties, we had no idea how much the decision to adopt would change our lives.

After considering traditional adoptions (where the mother never knows her child), we decided to pursue an open adoption (in which the mother chooses her baby’s parents and all involved maintain an ongoing relationship). Not only were we stressed about adding a baby to our lives, but we began looking for a mother.

We received lots of help from our adoption agency, where the amazing counsellors guided us through every contact with birth mothers and helped promote us as good prospective parents. More important than helping us, the adoption agency made sure that mostly-young mothers were cared for during incredibly difficult decisions.

We had some rough moments. We were “live” for a couple of years before we began getting emails and calls from mothers. Even for gay parents, that’s a long wait.We became close with a mother in Fort Worth, Texas, but she lost her baby in a car accident. We also spoke with a mother in Kansas who had multiple kids, including one on the way, by the same father. She was interested in adopting with us, but her boyfriend, who was often in jail, told her he wanted her to raise the child. Of course, he wasn’t going to help much—simply unbelievable. We spoke with another mother who took her baby home, but decided she couldn’t care for him. We could hear the baby in the background when she called us. It
was heartbreaking.

After nearly three years, we received an email from a mother who lived two hours away from us. She was still with the father, and both families were supportive of her choice to put her baby up for adoption. We fell in love with her immediately and officially matched. Nothing except seeing our seconds-old baby girl roll out of the delivery room several months later will ever equal the day we found out we would be parents.

All of this took place during a time of shifting rights for these two gay dads. One day before our adoption was to be finalized, a US Federal Court overturned Indiana’s ban on same-sex marriage. My husband and I raced to the courthouse, waited in celebration with others, held hands, and promised to love each other forever. One day later, we returned to the same courthouse with our daughter. We became the first same-sex couple to both legally marry and adopt in Indiana. 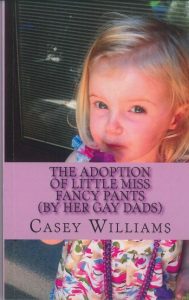 That beautiful little girl, Amelia Rose Williams—with a middle name
given to her by her mother and a first name from her daddies—celebrated
her third birthday on March
9. We remain very close with her
birth mother and birth father as well
as with their families, and think of
them as our own. Everybody in
Amelia’s life loves her more than
the world.

For the full story on Amelia Rose’s
adoption, check out Casey’s book,
The Adoption of Little Miss Fancy
Pants (By Her Gay Dads), available
on amazon.com.

My Sister’s Having My Baby 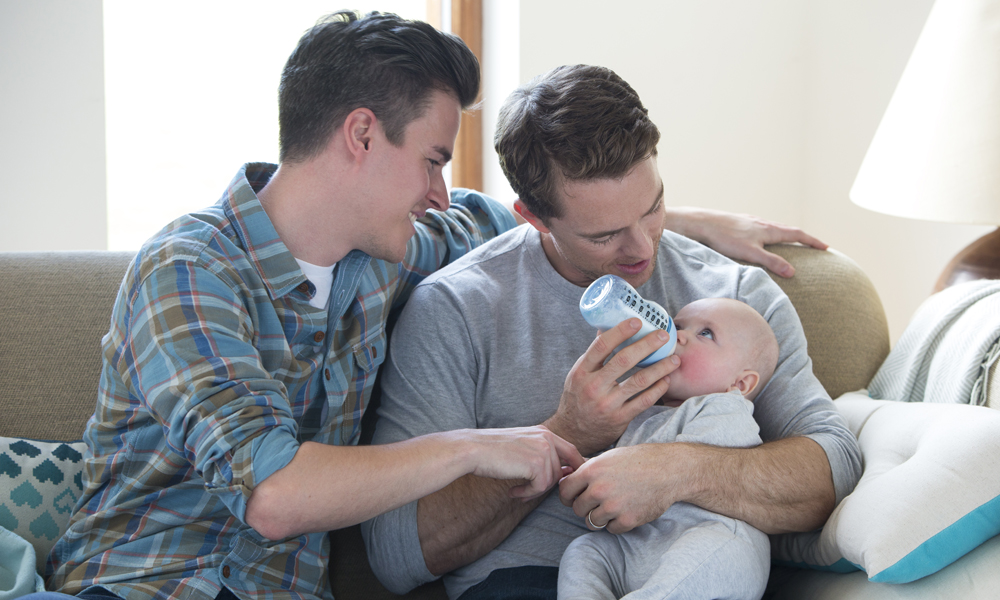 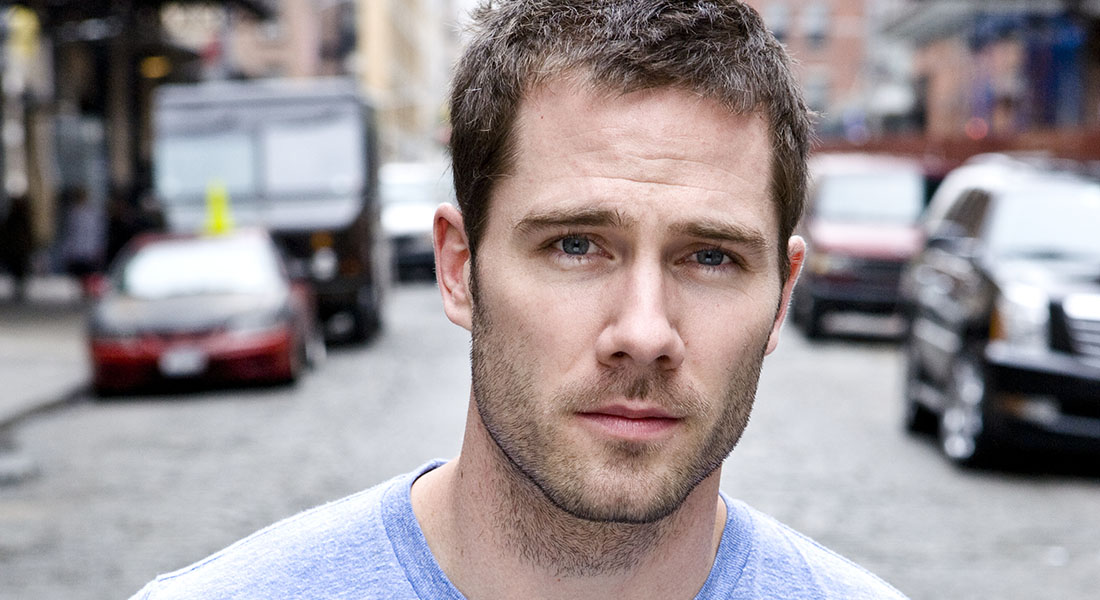