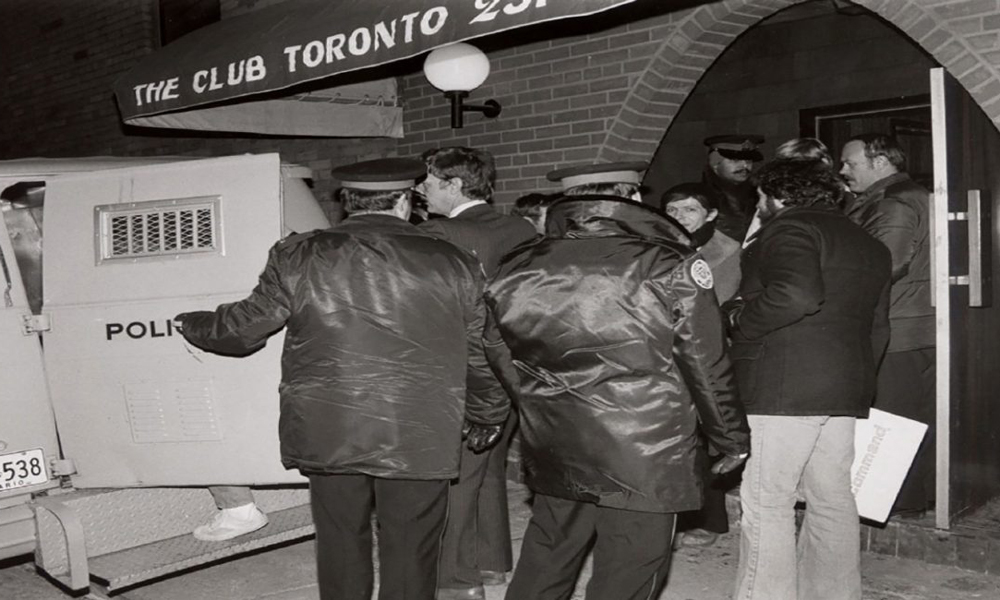 At 11:00 pm on February 5, 1981, 150 plain-clothed and uniformed Metro Toronto police officers staged raids on four bathhouses throughout the city, arresting 289 innocent men. The raids on The Club Baths, The Romans II Health and Recreation Spa, The Barracks and The Richmond Street Emporium were a violent culmination of a six-month undercover operation by police known as “Operation Soap,” an organized campaign to push gay bathhouses and bars out of business.

The violent raids prompted a riot the following night in Toronto and mark the beginning of the liberation movement in Canada.

On June 22, 2016, in an attempt to make amends for the Bathhouse Raids, Toronto police Chief Mark Saunders apologized for the past actions of the force.