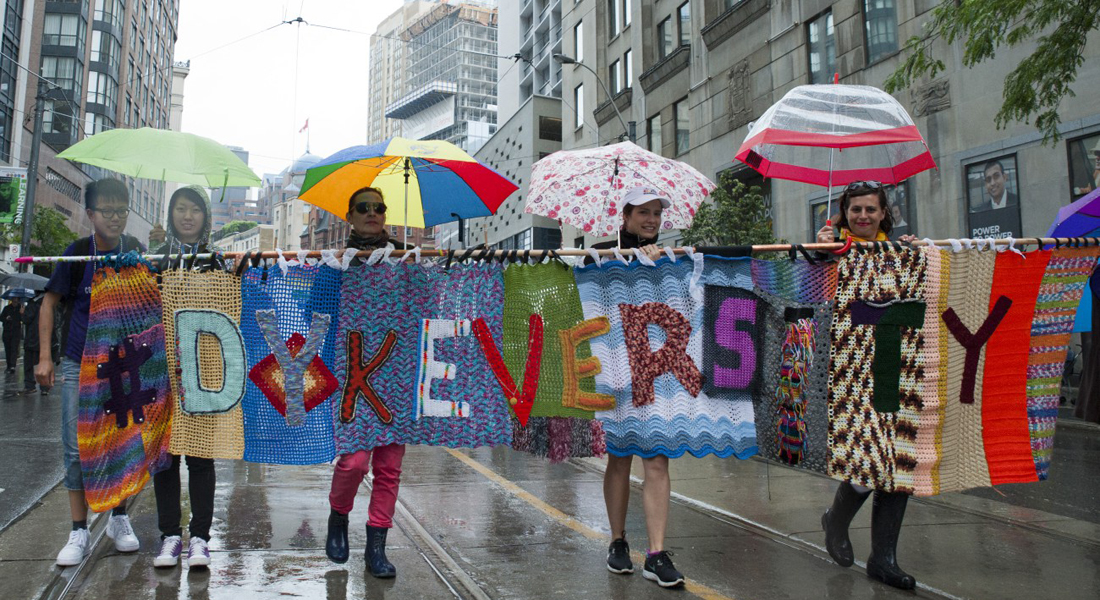 Giving women who love women, regardless of the label they identify with, the chance to walk proud

Toronto Pride Week has evolved from the mass protests over the 1981 Toronto bathhouse raids, celebrating its 35th anniversary in 2015. This year marked Toronto’s first-ever Pride Month, and along with that came plenty of celebrations, including the massive Pride Parade, and of course the Dyke March.

This year marks the 20th anniversary of the Dyke March, a grassroots event meant to give women who love women, regardless of the label they identify with, the chance to walk proud. But the march is more than a parade; it’s a political demonstration that attracts thousands of women every year to celebrate diversity, strength and individuality.

The first-ever lesbian Pride march was held in Vancouver in 1981 to recognize and start a dialogue about lesbian visibility—or the lack thereof. A few months later, an organization called Lesbians Against the Right organized a similar march in Toronto. The first official Dyke March was organized by queer activist group, the Lesbian Avengers, in Washington in 1993. Twenty thousand queer woman took part in that march, and now dyke marches are a huge part of Pride celebrations all over the world.

Toronto’s Dyke March aims to do more than celebrate queer women in every shape and form—as an activist demonstration, the organizers, supporters and participants of the march are striving to dismantle systems that marginalize and oppress, replacing them with supportive spaces that recognize everyone’s experience and point of view is valid. The Dyke March gives queer women in particular their own voice and the opportunity to focus on issues that matter to them, with the support of the entire LGBTQ community backing them up.

Toronto’s community of queer women is the informal owner of the Dyke March, giving it a “for the people by the people” vibe that has always been the backbone of the march. In 2015, Pride Toronto applied to trademark the “Dyke March” label in an attempt to prevent anyone else from doing so. The trademark attempt was meant to protect the Dyke March and help maintain its grassroots nature. Despite well-meaning intentions, there was a public outcry accusing Pride Toronto of trying to commercialize the use of “dyke march” for events and merchandise. After a couple of months, Pride Toronto withdrew their trademark application and vowed to instead keep working with the community to maintain the integrity of future marches without going through with the extreme step of “owning” it.

The Dyke March in Toronto and cities all over the world are committed to inclusivity and empowering women regardless of who they love. That means control over the march remains exactly where it belongs—firmly in the hands of the community that started it. 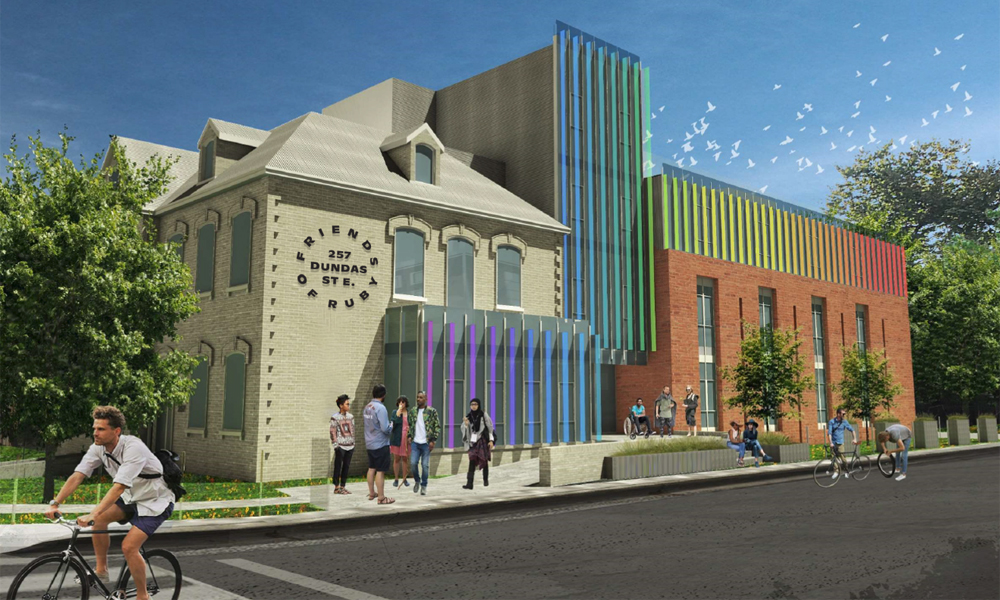 IN Community: A Welcoming Space For LGBTQ2+ Youth 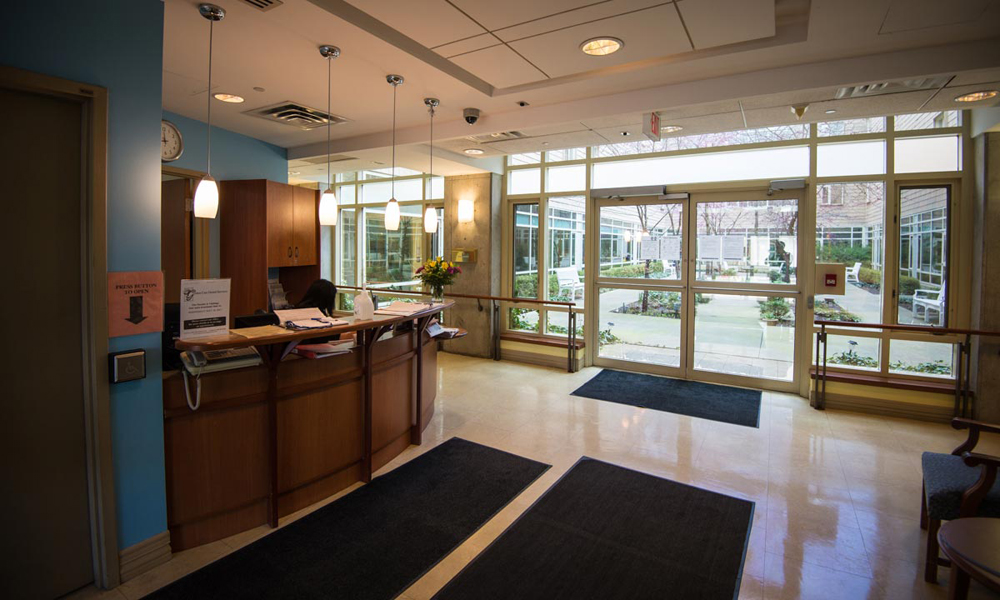 IN Community: “This Is A Time When We Should Agree to Help” 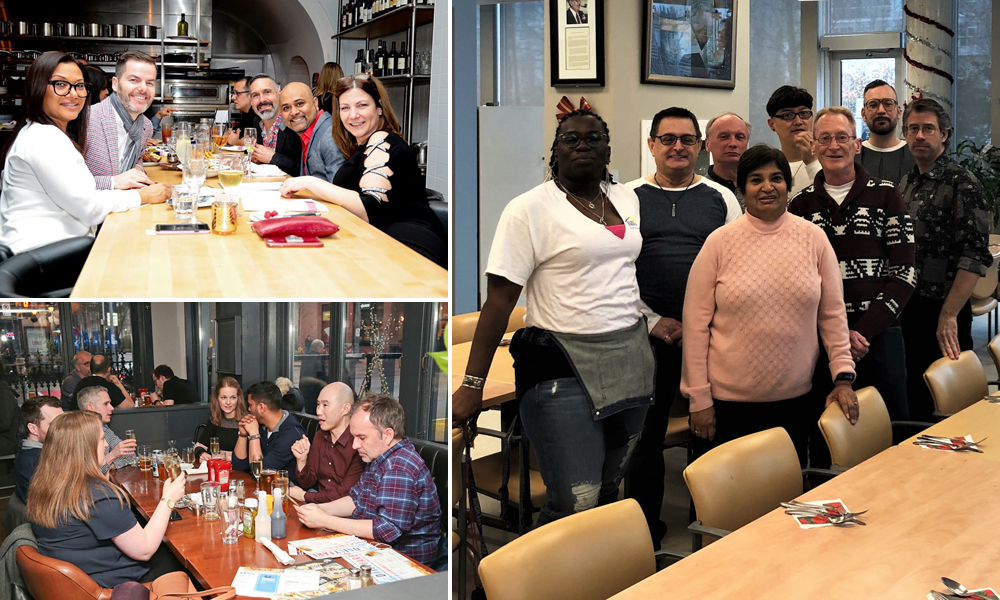 IN Community: No Home For Dinner